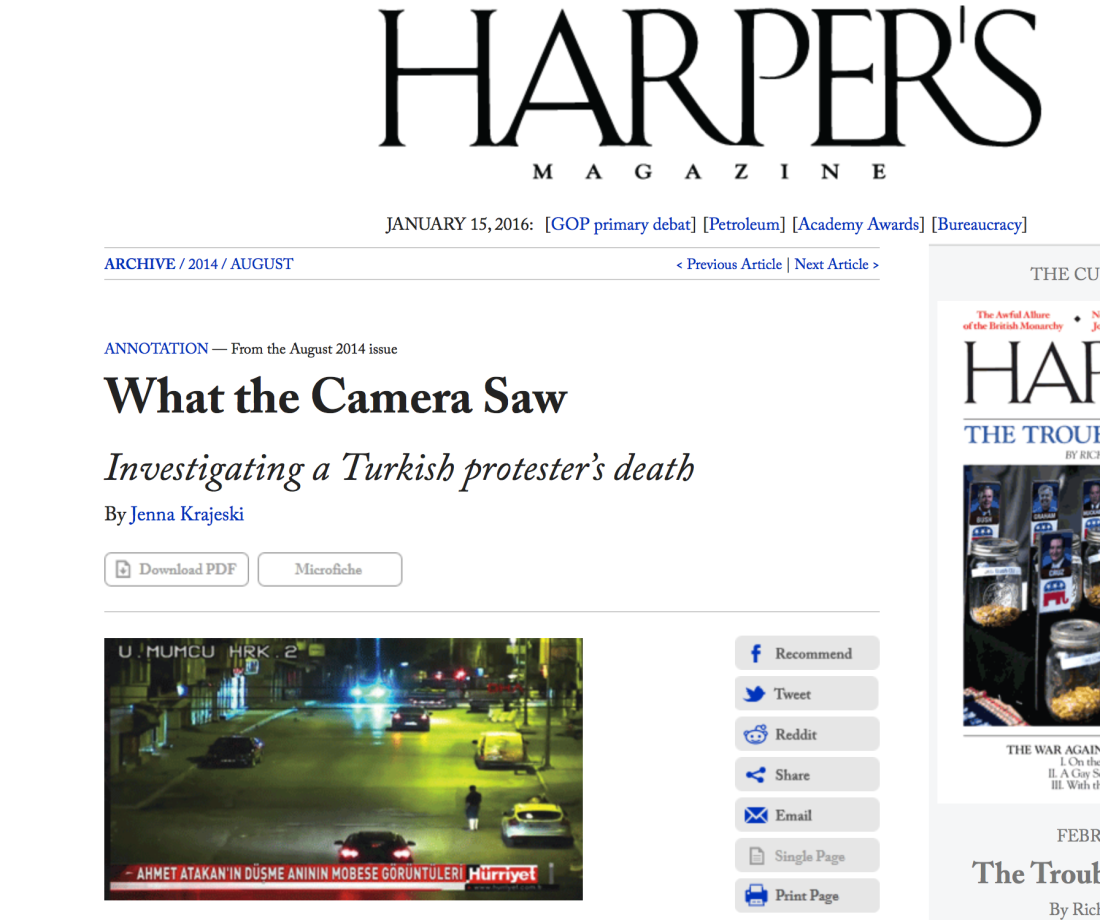 Contributed to that report as a fixer. "A few months earlier, a young protester named Abdullah Cömert had died on Gündüz Street after allegedly being struck by a tear-gas canister — the second Gezi fatality nationwide. Shortly after midnight, on September 10, in the faint red glow recorded by the camera, a twenty-two-year-old named Ahmet Atakan became … END_OF_DOCUMENT_TOKEN_TO_BE_REPLACED